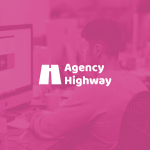 This is a quick tip episode!

Loads of people are obsessed with getting more time out of their day. I'm one of them, which is why I spend so much time on process and automation in our business.

There are a few things that I don't hear many people talking about that can make huge improvements to your productivity. These are really basic things that are accessible to almost everyone. No ninja tricks or some magic app.

Resources mentioned in the episode

James Rose:       This week is a quick tip episode, which I like to sprinkle in every so often among the longer interviews. So let's dig into it. Productivity is a pretty massive topic at the moment. I guess it probably has been for a long time. And people are always looking for tools and apps and little Ninja tricks or whatever to try and increase their productivity. But today I just want to talk about some really basic stuff. Getting back to basics, on some things that I think most people neglect that can really increase your productivity. And the first one, that I talk about a lot, a little bit controversial is your computer. And I'm a massive fan of desktop pcs. I mean, or a Mac pro if you're a Mac person, but an actual desktop computer rather than a laptop. I have both, but the difference between my laptop and my desktop is night and day.

James Rose:       I have a pretty good laptop, and I've actually just upgraded my desktop from a six year old computer, I think. And it was still faster than my laptop and it wasn't a cheap one. It's a HP specter 360, and it was, you know, some of the best specs I could get in it by the desktop computer, with a wide Internet connection is just so much faster. One of the main things people say to me when I bring this up is that they'll say, oh, I've already got a fast laptop and I use multiple monitors. It's fine. But if we're being real laptops don't even come close to desktops in terms of performance unless you spend an absolute ton. Then they kind of do, but even then it's questionable. Like if you have a specked up like a Beastie desktop computer, it's always going to demolish laptops.

James Rose:       And then they usually say that they don't need performance because all they're using is internet and email. And that's pretty similar to what I use. Maybe with the exception of some video and audio editing. But the way things are going, websites use more and more code, like their websites can be actually code heavy and that code runs in your browser. So essentially your browser is becoming like a piece of software that runs on your computer and consumes resources like CPU and RAM and you are using that constantly all day. So imagine if everything you did was just a little bit faster, like 20%. So something that took five seconds before now takes four seconds because you've got a Beastie computer that's hooked up to a wired Internet connection in your house or office that might be a second saved here or there. It doesn't sound like much, but if you're doing hundreds to a thousands of things a day, which you probably are, you clicking around and doing different things and each one of those little actions is saving 20%.

James Rose:       That adds up massively over the course of a day. And like, let's take a conservative estimate. I haven't got any real data on this, but I reckon, you know, if you say if you're saving a second times, you know, a few hundred times a day or a thousand times a day, it adds up as about 15 minutes. and in 15 minutes, five days a week, over a month is, it's about 300 minutes. And then so if you value your time at a hundred bucks an hour, that's five hours you get back. So that's 500 bucks a month that your saving. So you pay off a $2,000 computer pretty quickly, four months. So I just think it's an absolute no brainer to have a really solid, Beastie desktop PC. I even Spec mine up with like gaming Spec even though I don't do any gaming on my computer at all.

James Rose:       I'm more of a PS4 guy cause I like to separate, you know, finding and work. I don't want to be in my office gaming. The next one is typing speed and I can't claim credit for this one because I actually heard a Noah Kagan talking about it on the productivity show, which is an awesome episode. I will link that up below. So, check that out if you've got time. It's actually a podcast episode that I plan on re listening to a few times cause it was just so many like business productivity and life tips in one episode. But yeah, typing speed is the same kind of argument as the PC is something you're doing all day. I mean it depends how much you type, right? But I spend a fair bit of time typing, so a little incremental change can add up over the course of a day.

James Rose:       And I'm going back now and trying to relearn, touch typing cause over the years I've got some pretty bad habits and start using the wrong fingers and that kind of thing. So I'm actually going back, I've used key hero, which I'll also link up, to test my spade, using the right fingers. And it was so bad when I was actually trying to use all the right fingers. But over time then I started sort of forcing myself to do maybe 10, 20, 30 minutes, practice a day. And now I'm kind of forcing myself to do it all the time. And my typing speed is definitely decreased. Because I'm kind of rubbish at using the right fingers, but it is improving, it's getting faster. And I think eventually, you know, this is going to, once I've got touch typing down and I'm fast at it, this should pay off forever.

James Rose:       And the last one that I wanna to talk about is speech to text on your phone. I use a swift key keyboard and basically what it does is put a little microphone icon next to the space bar on your keyboard and you basically hold it, I'm on Android by the way. You hold it and it asks you to speak into the microphone and as long as you speak clearly and you can use like punctuation, like full stop period, comma, new paragraph, question mark, et cetera. And it seems to be, for me anyway, like really accurate. I know I don't speak that clearly, so it really impresses me the results that it comes back with, I use it so much now that I've almost started. Like if I'm sending a voice message or even recording a video like this, sometimes I might say the first sentence and say, full stop.

James Rose:       And I'm like, dammit. But yeah, it's just, it's awesome. If I'm typing more than four words on a phone, I end up using, speech to text, more so. I don't know what SIRI's like, I hope it's as good as Google voice. if your swift key keyboard, is a paid one, but you can also use the Gboard keyboard. I'll link these up as well. It's, it's great. It just puts the microphone in a different location, but it is still solid. Yeah, that's, that's the three things. So it was a Beastie computer with a wired Internet connection, and by computer I mean desktop computer typing speed and speech to text on your phone. Three things that I think are really important. They seem super simple, but they save me so much time in the long run and I hope they save you some time as well.